Alumna Cassandra Peterson, '08, Hawaii
“Chiropractic has given me an outlet to excel in a way I never thought possible for myself. It has given me the confidence to know that no matter what happens in life, I always have a skill of great value to offer.” Dr. Cassandra Peterson, ’08, Hawai
Read More
Alumnus Dr. Jeremy Bowman, '18, South Carolina
“Athletes tend to produce interesting challenges for a doctor. However, there are few things more rewarding in practice than watching someone limp into your office one day and be back on the field or court the next.” Dr. Jeremy Bowman, ’18, South Carolina
Read More
Alumna Dr. Alnessa Hickmon, '18, Missouri
“I knew I wanted a career in the health field, but I did not know what I wanted to do specifically. Chiropractic has given me opportunities and abilities that can help people in a way that changes their lives for the better.”
Read More
Previous
Next 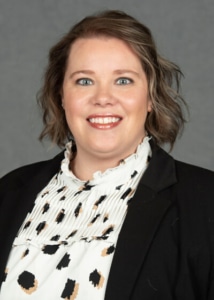 After 20 years in Charlottesville, VA, Brian Dickert, D.C., ’97 has moved to Corrales, NM, to continue the practice started by fellow Sherman graduate, Robert Lupowitz, D.C. who passed away in March 2017. (Posted Jul ’17)

After enduring damage to their home and office from hurricane Harvey, Stephanie Johnston Cohen, D.C., ’10, and her husband, Joshua, of Sugar Land, TX, welcomed son Bruce Alexander in Charlotte, NC, where they temporarily relocated, on September 18, 2017. (Posted Sept ’17)