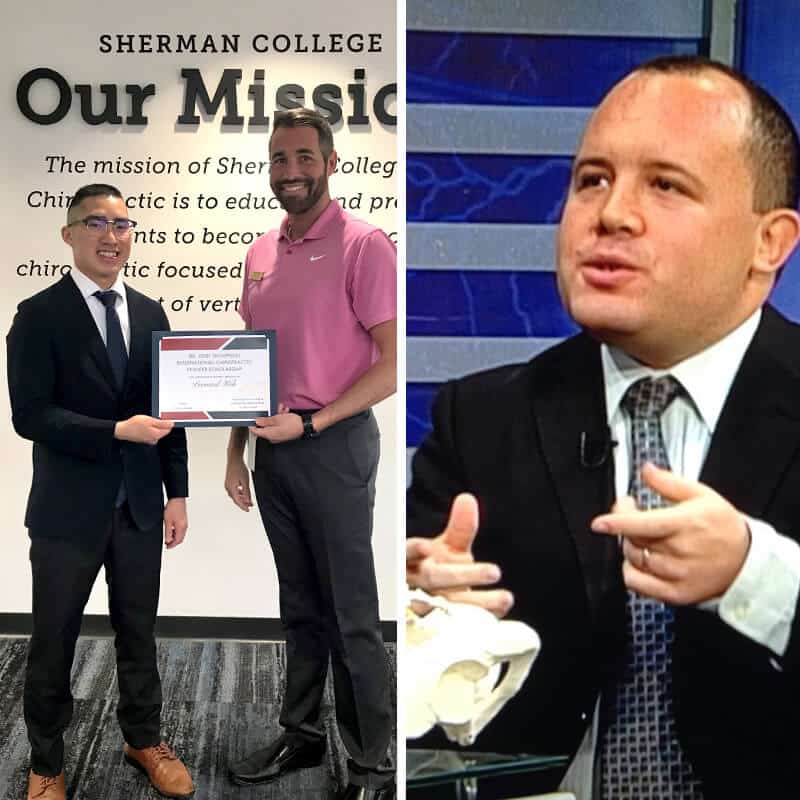 Sherman College supporter and former trustee Dr. Liam Schubel has established an annual scholarship in memory of his colleague and friend, the late Dr. Josh Thompson. The scholarship, valued at $1,000, is to be awarded each April in honor of Thompson’s birthday. The college’s first recipient is eighth-quarter student Leonard Koh of Singapore, a dean’s list student who plans to serve his community in Singapore as an associate following graduation.

The Dr. Josh Thompson International Chiropractic Pioneer Scholarship is open to all students who plan to practice outside of the United States and is designed to help the future chiropractic pioneers of our profession to expand chiropractic’s reach worldwide. Applicants must submit an essay sharing their views on how to be a doctor of chiropractic who makes a difference as a global pioneer of chiropractic.

Schubel said he established the scholarship to “honor one of the great pioneers of chiropractic” in the Dominican Republic. “Dr. Thompson was one of the first chiropractors to arrive on the island and the first to successfully grow multiple clinics there,” Schubel shared. “He took care of politicians, celebrities, and committed himself to doing free campaigns for the poorest populations on the island. In his short career he took care of more than 100,000 people.” Thompson was featured regularly on radio, television, and print media, showing many Dominicans chiropractic for the first time.

Thompson was born and raised on a small farm in Yakima, WA. A potential career-ending injury resulting from his participation in fight sports led him to chiropractic care, which allowed him to recover and later become one of the best wrestlers in Washington State for many years.

Soon after graduating from Life Chiropractic College West, Dr. Thompson began to serve and dedicate his life to the International Federation of Chiropractors and Organizations (IFCO). In addition, he often offered his services as a youth coach and youth teacher, and he was active in church activities helping those in need.

He was passionate about spreading chiropractic and its potential, including extending the profession’s benefits to the Dominican Republic. “My goal,” he once shared, “is to help people through compassion, dedication, and excellent service in order to achieve optimal levels of health.”