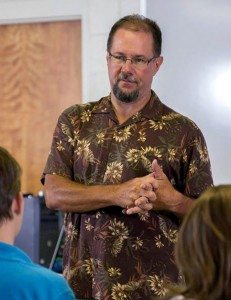 The Sherman chapter of World Congress of Chiropractic Students (WCCS) hosted its first Annual Roast featuring Bill Decken, the “Nerve Supply Guy.” The club did this event in the hopes to raise money to attend the WCCS being held in South Africa this year.

The local chapter also has hopes to send students to WCCS meeting in Barcelona, Spain the next year. Club President Morgan Iloncaie is currently drafting a proposal to have philosophy be a required part of the curriculum at each chiropractic college. If this were passed by the WCCS, it would go a long way in shifting the chiropractic profession towards a more principled approach. I believe this would improve the profession, but more importantly for now, what happened at the roast?

Dr. Fehl also gave some examples of outrageous test questions, to which the correct answer is always innate intelligence.

Writing these statements down now don’t seem as funny as when they were said at the roast. However, if you had Dr. Decken for a class, you understand that innate is always the right answer, so it was funny at the time.

Next, Dr. Joe Donofrio got the crowd laughing with some “you’re so ugly” and “you’re so dumb jokes.” Some of the best examples:

Dr. Joe also prepared a JibJab video showing a comical dive of a man in red speedo and Gangnam style dance video with Dr. Decken’s head in the video. It was in good taste.

Finally, Dr. Ron poked fun at Dr. Decken’s favorite brands and franchises such as his love for Coke and M&M produces as well as his love for the Mets rather than the Yankees. These pranks involved several head cutouts with M&M bodies.

For example, Dr. Ron put up a picture like this and would comment “Dr. Decken taking it easy.” Overall, the night had many funny moments and the doctors were very generous to Dr. Decken. In his rebuttal, Dr. Decken had a few good jabs. His funniest jokes were directed at Dr. Ron for being a Logan College graduate. They were mostly directed at his experience with Logan Basic Technique which involves touching the sacrotuberous ligament aka the buttock. It was a strong finish to a great night.