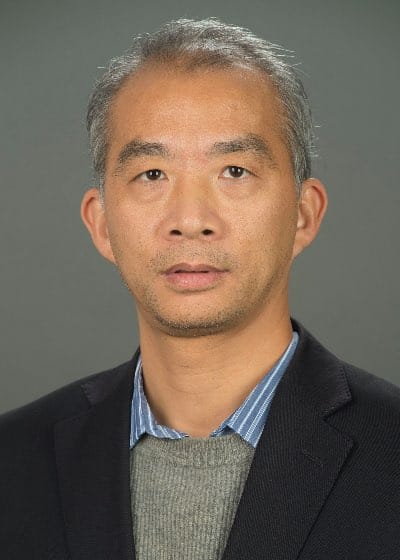 Pengju (George) Luo is an associate professor, Director of Research, and a member of Basic Sciences faculty. He received his Ph.D. (2006) and M.S. (2003) degrees in microbiology from Clemson University and his medical degree (1997) from Tongji Medical University (now known as Tongji Medical College of Huazhong University of Science & Technology) in China. He was a doctor of internal medicine in Jingzhou city, Hubei Province, China, before he came to the United States.

He has been with the college since 2006. He teaches Microbiology I and Microbiology II. He also taught Public Health between 2006 and 2009. In addition to his work at Sherman, he also holds an Adjunct Assistant Professor position in the Department of Biological Science at Clemson University.